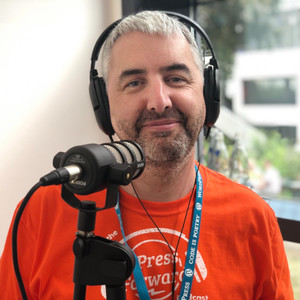 Then log into your demo install and have a look at the admin area:

You notice that it's customised so that you can try out AB Split Test in Elementor, The Block Editor (Gutenberg) or Beaver Builder.

Let's take The Block Editor as an example here:

You can see that there are two things already created.

You might want to open up number 2 first! and have a look. This is what you'll see: 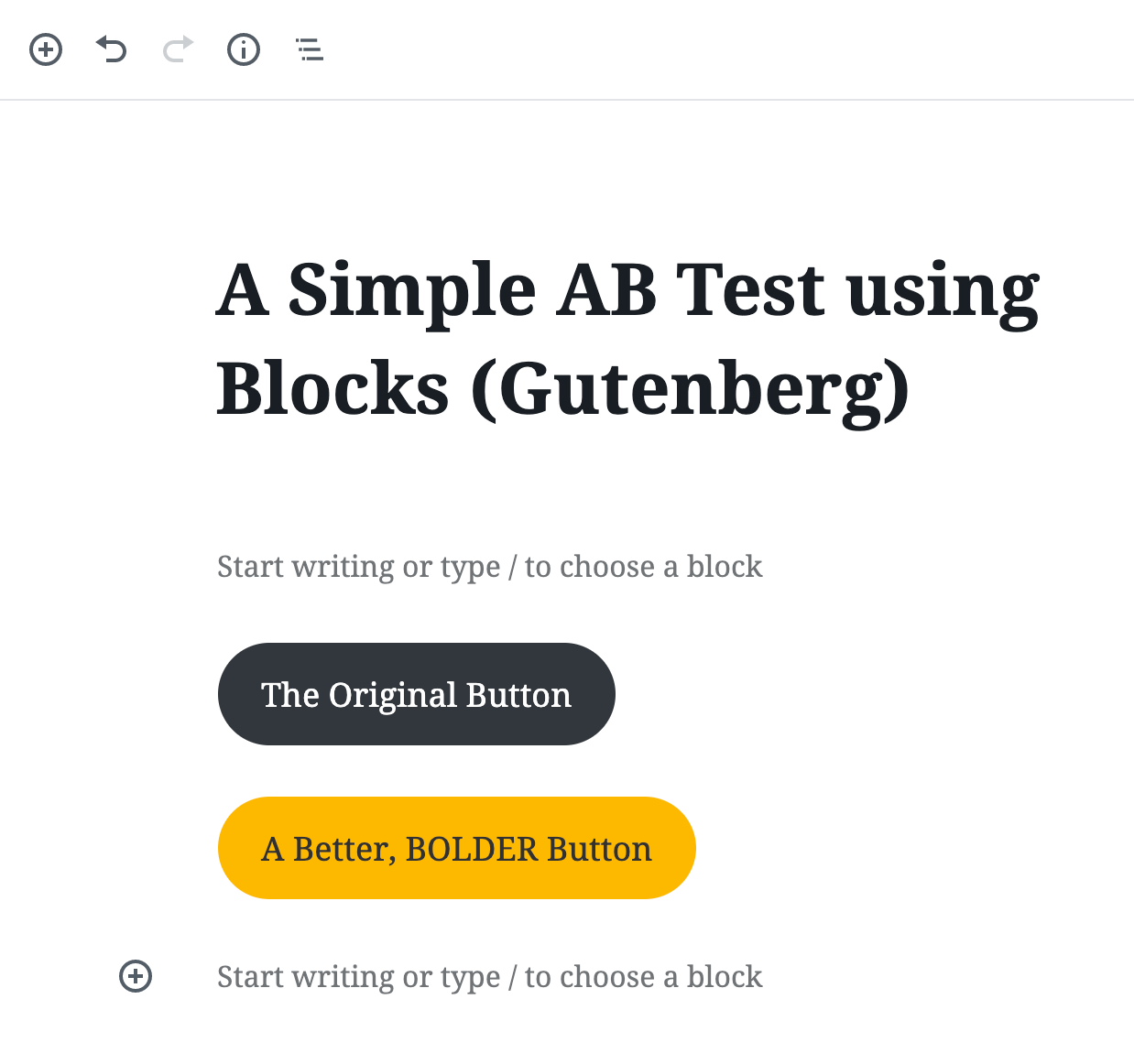 You can see that we've added in a couple of buttons for you, and here's where the magic starts. Click on 'Preview' at the top right of the screen and you'll only see one of the buttons. I saw this one:

This is what the AB Split Test plugin is all about. You see, the two buttons are 'variations'. They are both buttons that you think might work on your website. One is different to the other and AB Split Test works out which one works the best for your website visitors.

Some people who visit your site will see the black one and others will see the yellow one. If more people interact with the yellow 'variation' then it's likely a better fit for your website.

So how does this work?

If you click on each of the buttons in turn and scroll down in the Editor's sidebar you'll see some options, Experiment and Variation Name: 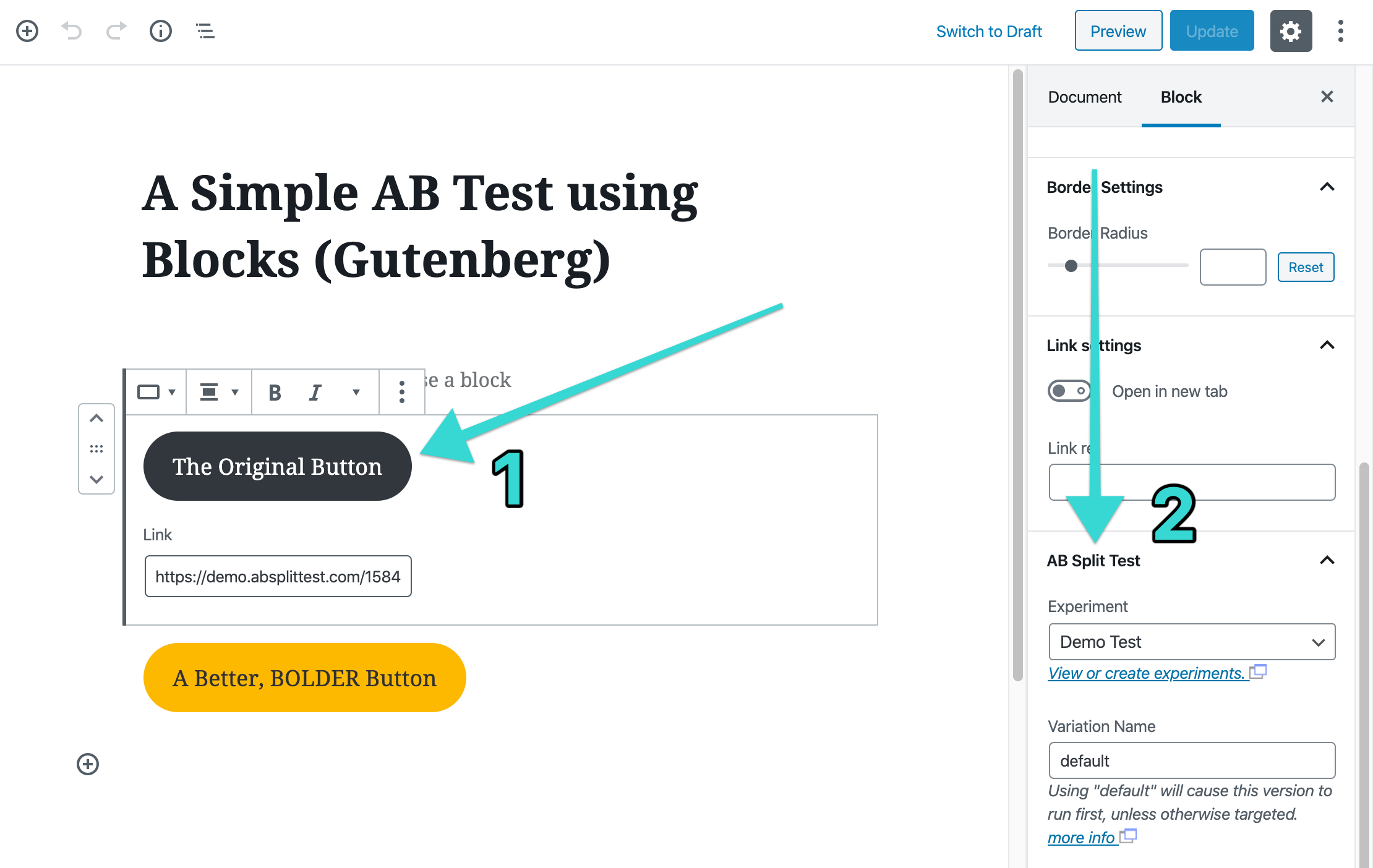 If you compare the setting of both of the buttons, you'll notice that they are the same, except for the Variation Name: 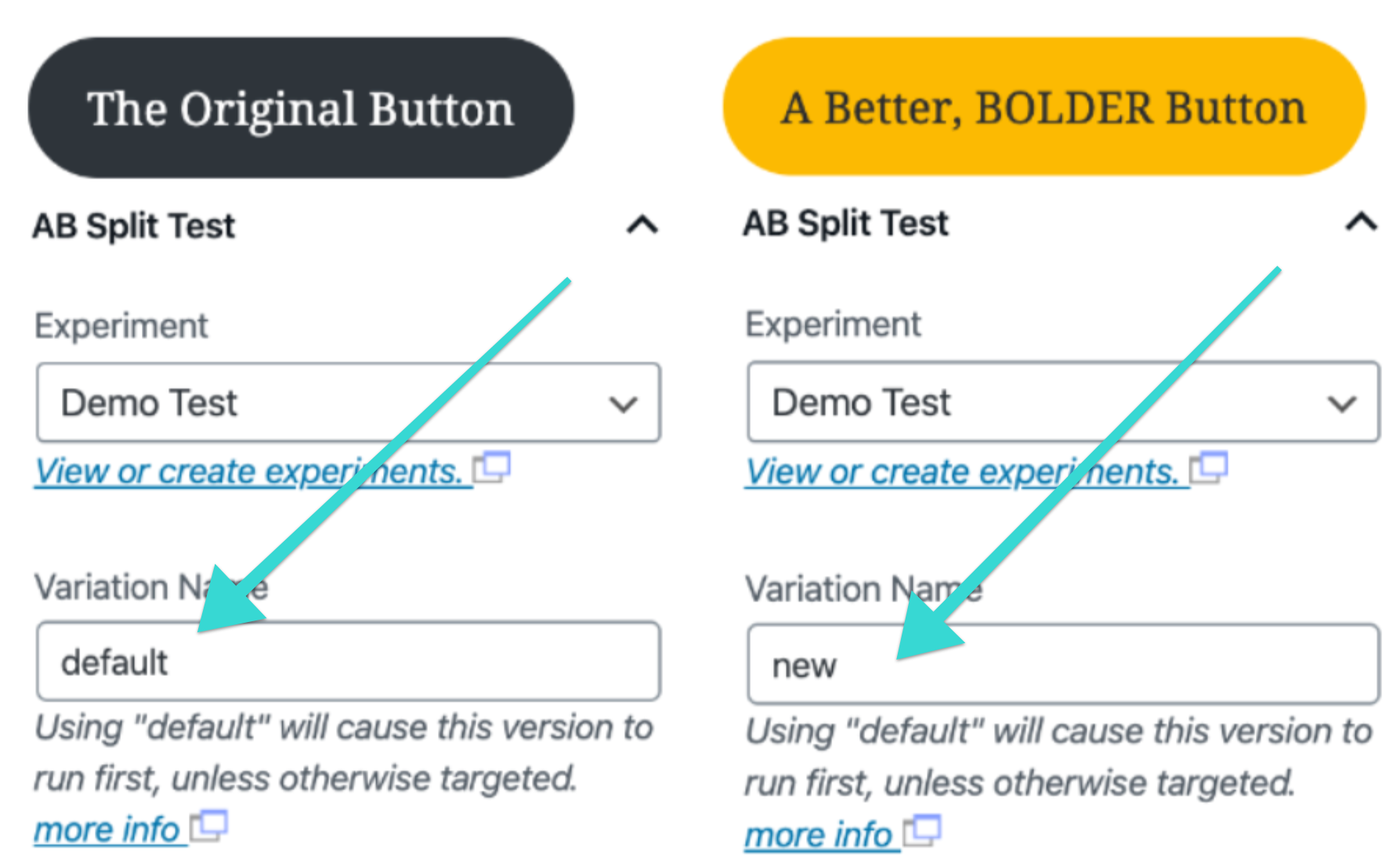 The Experiment being the same means that you are comparing these two things (although it could be more) against one another. They are being AB split tested in the same experiment. The Variation Name is different because we need to call them something so that the results can show that either "default" or "new" was the winner.

If you wanted you could add a third button in by duplicating the one of the buttons, select the same Experiment (in this case Demo Test) and provide a unique Variation Name. It's important that the Variation Name is unique otherwise AB Split Test will not know how to separate one button from another.

In this particular example, it might have been better to call the buttons "black" and "yellow", but you'll notice in the image above that having the first one called "default" might have some benefits in that it will always show the "default" Variation if there's nothing else to show.

After a while you will see data about the popularity of each of the buttons in the settings for the test in question: 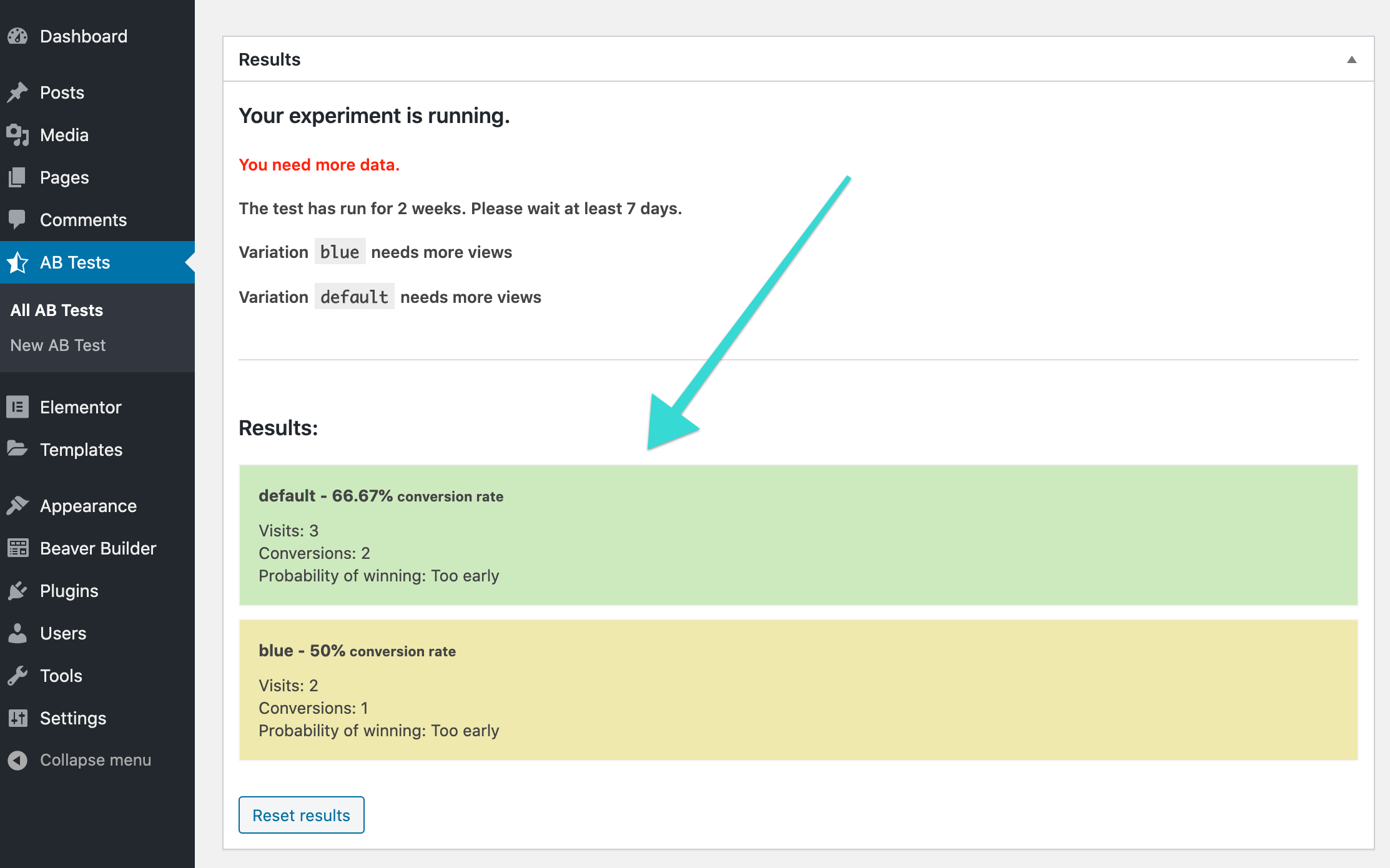 If you don't want to you don't need to keep checking this as the plugin will make a decision about which button is the winner and from that point only the winning variation will show to all visitors to your site.

Remember that you're not limited to buttons. You could have run a test against images, backgrounds, entire Page Builder rows and more.

Check out some of the other articles in this knowledge base for more ideas.

Did this answer your question?